Wells Fargo Rewards Card is a rewards card that has a very limited scope in that it offers very high rewards for groceries, gas, and drugstore purchases for a six-month time frame. The rewards after the 6-months are below-average and there are other cards that offer higher rewards per dollar spent. 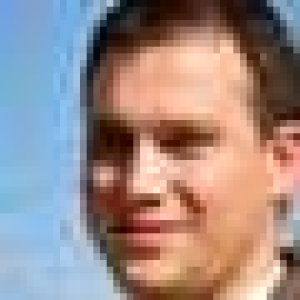 We may receive compensation from companies that appear on this page. This may impact how and where products appear on a page (including, for example, the order in which they appear). It doesn’t affect our unbiased editors’ opinions. our opinions are our own.

The Wells Fargo Rewards Card starts out with a bang, offering 5x rewards points earned for up to $12,500 spent on gas, grocery, and drugstore purchases for the first 6 months. All other spending outside of gas, grocery and drugstores is also 1 point for every dollar spent.

This Wells Fargo card can be pooled with others to increase your rewards through their Go Farther Rewards site. These rewards are flexible and can be used for travel, cashback, merchandise, or gift cards. 1 points on all purchases

The great thing about this card is it also does not have an annual fee. In order to avoid bias based on a small number of reviews, we present only ratings with at least 200 reviews.

Let’s take a look at the benefits of the Wells Fargo Rewards card and see if it’s the right one for your wallet or not.

Wells Fargo Rewards Card starts out with a bang, offering 5 points for every dollar spent.

This large reward only lasts for 6 months or up to $12,500 on spending. This spending is limited to gas, grocery, and drugstores.

Wells Fargo Rewards Card offers different ways you can redeem your rewards points. You can use them on travel, merchandise, as cash back or on gift cards.

Wells Fargo Rewards Card can be used with other reward cards offered by Wells Fargo to be pooled with their Go Far Rewards site This site is where Wells Fargo points can be redeemed for rewards.

Having a card through Wells Fargo means you can earn more cash back through their Earn More Mall. Many retailers offered through this program may be places you already shop.

The card has cell phone protection if you pay your monthly bill with Wells Fargo Rewards Card. Wells Fargo will replace your cell phone if lost or stolen up to $600 and with a $25 deductible.

If you are looking to save money on interest, the Wells Fargo Rewards Card offers a 0% introductory rate for 15 months on balance transfers.

However, If you decide to use the deferred interest financing you do not also get the rewards from the spending. Many cards out there will have zero APR introductory rates but also will give you the points or cash back on the spending you do.

**Warning: If you do not pay off the bill in the allotted time, all deferred interest is charged to your card.

Wells Fargo Rewards Card has zero liability on unauthorized transactions. It has chip-enabled security, and alerts for suspected transactions. You can also get auto rental collision damage waiver and emergency card replacement.

They also have travel and purchase protections. You can also get access to 24/7 emergency help, like roadside assistance.

Here are the most important cons you should consider before apply:

There is a balance transfer fee required if you want to take advantage of the introductory 0.00% APR rate. The fee is incurred when you transfer debts from one or more credit cards to your Wells Fargo Rewards Card.

This fee is $5 or 5% of the transfer, whichever is bigger. This fee is upfront and will be added to your debt load when transferred. The fee is also increased after the first 120 days of opening the card to 5% fee of balance transfers.

There are other rewards cards in the market that offer higher rewards and do not have such a limited scope on how those rewards are earned.

There are other cards out there that do not have a minimum redemption amount and cash back rewards can be used at anytime. Next, fill in your personal details such as your names, address, city, email address, etc. Then, indicate your finances, which include your housing and employment status. Next, go through the card options and tick the appropriate boxes. There are other credit cards that do offer comparable cash back rewards – we’ve summarized the most popular cards which can use as an alternative to the Wells Fargo Rewards Card:

The Wells Fargo Propel card doesn't have an annual fee it and comes with an  0% intro APR on purchases and balance transfers for 15 months. After that, your APR will be 14.49% – 24.99%, based on your creditworthiness The alternative Capital One credit card is the Savor card, which offers an increased 4% cash back rate on dining and entertainment, 2% at grocery stores and 1% on all other purchases.

In addition, there is a significant sign up bonus of one-time $300 cash bonus once you spend $3,000 on purchases within 3 months from account opening. Chase Freedom Unlimited is a great cash back card for those with good to excellent credit. The 2% cash back is one of the highest in the industry without having an annual fee or the hassle of figuring out which month for which type of purchases gets cash back.

In addition, the cash back feature is straightforward, unlike some other rewards cards that require you to jump through hoops to maximize the rewards. You can also get a $200 bonus after you spend $500 on purchases in the first 3 months from account opening + 5% cash back on grocery store purchases (not including Target® or Walmart® purchases) on up to $12,000 spent in the first year bonus after signing up by spending $500 in purchases after 3 months. This bonus has a low threshold compared to other cards.

If you don't have time for calculations, you spend more than $1,500 monthly and you don't have specific places where you spend you money, the Chase Freedom Unlimited can be a great option for you. Is the Wells Fargo Rewards Credit Card Right for You?

The biggest benefit to this card is that it does not have an annual fee and has a long introductory 0% APR rate, which makes it very popular among consumers who would like to pay their debt and get rewards on everyday purchases while you don't have to be a big spender in order to get cashback.

Wells Fargo Rewards Card is a rewards card that has a very limited scope on one hand, but on the on the other hand – it offers very high rewards for groceries, gas, and drugstore purchases for a six-month time frame.

However, the rewards after the 6-months are below-average and there are other cards that offer higher rewards per dollar spent.

Some borrowers may even disregard the rewards and just focus on the long introductory rate and pay down some debt. This card would be good for someone who is going on a long road trip within the United States and uses grocery stores and drug stores for most of their supplies. There are other rewards cards that have sign-up bonuses that do not have such a large threshold to earn the bonus rewards offered.

This a card that should be used for its short-term benefits such as sign up rewards in the long introductory rate. But after those benefits have passed there are better rewards cards out there.

In order to determine the best possible credit cards, we look at things like fees, interest rates and rewards. We do this with companies that are associated with us as partners as well as other offerings. From there, we make a decision about what the best card is related to different categories and needs. We focus on interest rate cost & fees, especially the cost of carrying a balance, rewards – cards accumulate rewards in different currencies—points, miles, cash back—and their values vary widely usability – cards that accept a wide range of credit profiles and offer simple solutions for things like checking your credit score or contacting. We also consider customer reviews.

We look at cards related to good or excellent credit ratings that will then provide a range of different benefits and improvements for someone who has these scores. We also look at low fees when it comes to those who have lower credit scores.