When You Should Lock Your Mortgage Rate?

If you’re in the middle of your underwriting process and the rates go up, you could end up paying higher rate. Mortgage rate lock can help ty pay much less. 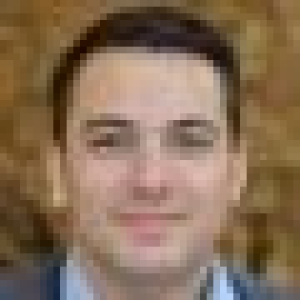 You can trust the integrity of our unbiased, independent editorial staff. We may, however, receive compensation from the issuers of some products mentioned in this article. Our opinions are our own.

You may not know it but mortgage interest rates actually fluctuate multiple times a day. And during that process, you have to apply for a loan.

If you’re in the middle of your underwriting process and the rates go up, you could end up paying a higher rate, which could cost you thousands of dollars.

A rate lock is how you make sure that you get the rate that you expected, rather than being a victim of the market.

What is a Mortgage Rate Lock?

If you get a rate lock it means that your mortgage lender is going to give you a set interest rate as long as you complete your application and close within a set period of time.

If you decide to follow this process you’ll have three different things you need to pay attention to:

That’s because, even though you haven’t closed on the mortgage yet, you pay the lender to hold that interest rate for you.

Now, you’ll need to make sure you’re set to take on that loan right away because you could end up going past the expiration date on your loan if you’re not careful. Usually, these will last between 30 and 60 days but that’s something to discuss with your lender.

Why Get a Mortgage Rate Lock?

Getting a mortgage rate lock is great because you are going to be set up with a specific mortgage rate as long as you close within the agreed-upon span of time. That means you don’t have to worry about fluctuations in the market and the way that interest rates are changing.

The unfortunate truth is that interest rates can go up without warning, and even a small increase could mean a lot of money to you.

If you are refinancing it could be difficult for you to get the interest rate that you’re expecting. You may find yourself struggling to pay for the mortgage that you thought was going to be less expensive but now is not.

What Happens if Rates Change?

If you lock in a specific rate and then the interest rates in the market change you’re not going to be affected by them. That can be a great thing, but it can also be a less than stellar thing.

After all, if rates go up it means that you’re going to save money because you don’t have to pay those higher rates. On the other hand if the rates go down you may not be entitled to take advantage of them. At least, unless you have a float down provision.

The float down provision means that you would be able to take advantage of a decrease in your interest rates if they drop during your lock period. Just make sure that you pay attention to what your agreement says and whether you want to pay extra to get this provision put into it.

When to Lock Your Mortgage?

If you notice that mortgage rates seem to be decreasing you may want to think again before locking in on any type of rate.

You may want to play this one a little riskier and see if you can get an even better rate when it comes time to close on your house.

It’s also possible that you can start a lock before you even start underwriting. This could help you save a little more and it could get you set much earlier than you would get any other way. It’s considered a pre-lock and it can be advantageous.

Now, you also want to make sure that you’re lowering your debt-to-income ratio, but if you can’t for any reason it’s good to get a pre-lock.

That way you can make sure that you’re locked in with a prime rate (or at least as prime as possible).

Now, for some people, it can be difficult to get that pre-lock rate and you may need to be looking to refinance or get a purchase loan where there’s already a contract. Pre-locks aren’t usually offered for those who are looking to start shopping.

If you decide to wait it out you could gamble on the rate that you’re going to get. It’s possible that you’ll get a great rate and you’ll lower the currently available rate. But you could end up with a higher interest rate than you might think.

Usually, rates are able to be locked in during normal business hours, which gives you plenty of time to take a look at the rates and what you can and should be getting into. You’ll want to talk with your lender about it as soon as the rates are at a level you want to lock.

The Good and the Bad on Mortgage Locks

When it comes to locking in a rate you want to make sure that you’re looking at the right factors to make your decision.

After all, you don’t want to find yourself with a rate that you can’t afford, or that makes it difficult for you to get the house that you want.

Sit Back and Relax

When you lock in a rate you don’t have to worry about what’s going to happen with the interest rates.

You know that no matter what happens in the market you’re going to be just fine because your rate is going to be exactly what you set with the lender.

That’s going to allow you to be more comfortable.

Once you know what your interest rate is going to be you will be able to determine what your monthly payments are going to be.

You don’t have to wait until you get that first bill in the mail or until after closing. You’ll know what you’re getting into.

It’s generally going to cost you something to get that rate lock.

That means you need to pay attention to what your lender is going to charge you and how much you’re willing to pay for that benefit.

After all, the lender wants to make sure that they’re not going to lose out too much. If they give you a rate lock and rates drop they did well.

If they give it to you and rates increase, however, they’ve lost out on money. They want to make up at least part of that.

You Could Miss Out

If the interest rates go down you could end up paying more than you want.

The problem is you’ll still be locked into the rate that you agreed to or you’ll have to pay an extra fee in order to get that new, lower rate.