While you have no control over some factors that affect your car insurance rate, there definitely are a few things you can work with - here's how it works. 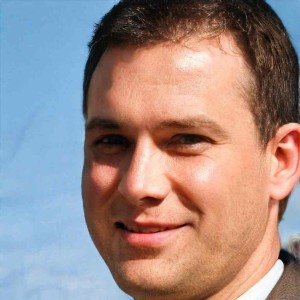 When you look at the prices of car insurance it can be very tempting to choose a higher deductible or even reduce your coverage in order to lower your rates.

These are two of the things that most clearly reduce your costs, after all.

But actually, these aren’t the only things that are affecting your cost. There are a number of different factors that you can and should be paying attention to.

While not everything is something you have control over, there definitely are a few things you can work with. And even just knowing what’s going into your insurance rate can be a big help.

First on the list is your area, which includes your state and your specific zip code. That’s because each state has different regulations when it comes to car insurance, and you may need something specific as a result.

Your specific zip code reflects claims for things like stolen cars, vandalism, the commonality of claims and weather patterns. All of these things also help to create your risk level, which could result in a higher cost.

Now, it’s important to know if your state allows an insurance company to use your location as a factor because not all states do.

If you live in California your location is required to be counted only after your driving record, miles driven and how many years you’ve been driving.

The specific coverage that you choose is going to be another important factor.

While your state is going to require you to have some specific types of coverage, you’re going to have the final say on some additional coverage.

Keep in mind that you’re trading off lower costs for more protection in case of an accident. If you keep your costs low you could be paying a whole lot more if you end up in an accident and don’t have the right type of coverage to help.

When you need repairs on your vehicle you have to pay a portion of the costs before your insurance covers anything. This is the deductible amount.

You can generally choose from several different options when it comes to the deductible.

If you choose a low one, like $100, you’re going to pay a whole lot more in premiums in exchange for paying less if you run into a problem.

If you choose a high deductible, like $1,000, you’re going to pay lower premiums in exchange for paying more if you run into a problem.

Just about every car insurance company uses your credit score when they’re deciding just what your rate is going to be.

If you have a lower credit score you’re likely going to pay even more on your premium (except in states that prohibit this).

If you have a higher credit score you’re considered a lower risk, which means you don’t have to pay as high of a premium.

That’s because those with low credit scores are considered to file more claims.

Now, if your credit score is allowed to be counted as part of your premium valuation you can actually increase your costs substantially.

If you have poor credit it can actually be as much as 67% higher than someone with good credit.

It shouldn’t come as any surprise that the way you drive your car and how many accidents or tickets you’ve had in the past affects your premium when it comes to your car insurance.

The last 3-5 years count for the most, but keep in mind that a company could go back even further than that. If you haven’t had a ticket or accident in that time you’re considered a lower risk and you could end up with lower rates.

For those who have had a ticket or accident (or more than one) your rates could increase substantially.

Those who get a DUI, for example, see an increase of as much as 36%.

You want to be as safe of a driver as you can be to make sure that you’re not making claims against your insurance.

The more claims you make the higher risk you’re considered to be.

Even if each of those claims is minor or if you’re not at fault. That’s because you’re still seen as a risk by the car insurance company and you could end up paying as a result.

The specific car that you drive is another factor that impacts how much you pay.

After all, some vehicles are going to be more expensive all around or they might be more likely to be stolen or broken into.

If you have a larger vehicle it’s generally going to be safer than a small car, which means you can get a better premium because of the safety rating on your vehicle.

But if you have an old vehicle you could end up paying more for repairs over time.

That means you could end up with a higher premium because you’re paying for the fact that you could need those repairs and you could make a claim to your insurance company to pay for them.

If you have a vehicle with higher ratings it also means that people in your vehicle are less likely to be injured.

As a result, you’re going to have a lower premium again because your insurance company is less likely to have to pay out for medical expenses.

If you don’t have a good safety rating on your vehicle, however, you could end up paying a whole lot more. And that goes up even higher if you’re on the list of top 10 most stolen vehicles

Though 6 states don’t allow your gender to be counted as a factor when it comes to assessing your insurance premium, there are many states that do.

This means your propensity for getting into an accident could be decided based on your gender.

Research and statistics show that men tend to have more accidents than women.

And younger men are even worse for this. They’re also more likely to drive more, to take bigger risks, to drive intoxicated more, speed and to skip out on their seat belt.

Now, not all women are going to receive lower rates. After all, there are some differences as men and women get older.

Once you reach the 30 year age bracket risks actually start to become more balanced and this means that some men may actually see a drop below the rate of a woman.

But if you’re getting into the 60 year age bracket that actually starts to reverse yet again.

Drivers who don’t travel as much and put fewer miles on their vehicles are going to pay less than someone who drives extensively.

After all, if you’re driving your car more you’re more likely to get into an accident than someone who rarely drives. You want to make sure that when you report your yearly driving it’s as close to the real numbers as possible.

Estimating way too low (or fudging your numbers on purpose) could get you in trouble with the insurance company. Estimating too high could cost you a whole lot more than you think.

Using other methods of transportation for work commutes can help you out when it comes to lowering your insurance premium, but it’s only a small part of the process.

If you already have an insurance plan with a specific company you may want to watch out.

Some insurance companies run an algorithm on you to decide if you’re likely to shop around on them.

In fact, if you think this isn’t happening, research suggests that as many as 63% of insurance companies do this or they plan to start doing it soon.

And that number goes up for the insurance companies that are actually making the most and working with even more people. The more money they take in, the more likely they are to use this practice.

If you’re still in school you could actually be eligible for a discount.

Your insurance company isn’t likely to say anything about it, but you don’t want to pay more than you have to.

The idea is that people with better grades are more attentive and therefore less likely to get into a car accident.

As a result, you’re going to get a little bit of a bonus for being considered a lower risk driver and you don’t really care what it means to the insurance company.

Generally, you’re going to need at least a 3.5 GPA in order to be considered for this type of discount.

Did you know that your insurance can actually be based on the type of work that you do? Well, it can because different careers are considered higher risk for your car insurance as well as health insurance.

Car insurance companies are looking at different types of behaviors that seem more common or prevalent among individuals in certain careers.

It’s also about where you work and when you’re driving there and back.

If you use your vehicle for work purposes this is also going to increase your rates because you’re driving more.

You want to make sure that you report whether you’re using your car for work driving because if you do, but don’t report it, your insurance company may not payout if you’re involved in an accident or if your vehicle needs more repairs because of the heavy driving.