Moving Averages are definitely one of the easiest and most useful trading tools.MA, which comes in various forms (weighted, arithmetic, exponential), help traders to spot trends, as well as potential reversal points. So what are moving averages and how can you use it in your trading? 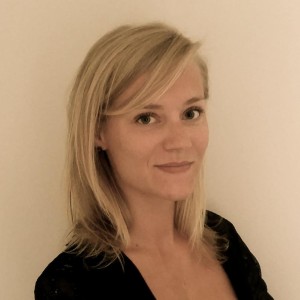 What if you could choose the most important indicator?

While some technical indicators are more popular and well known than others, Moving Averages –referred to as “MA” in this article –are definitely one of the easiest and most useful trading tools.

They display the average price over a given period. Their goal is to smooth the price of a given asset (to avoid what is called the noise of the market) to better reflect market participants’ sentiment at any given time. They can also be used as support and resistance levels to generate buying/selling signals. This happens if prices breakthrough or below the MA, or with an MA crossover system.

As we said before, there are different types of MA, which place varying degrees of importance on the most recent prices. It’s essential for you to understand how an indicator works, so then you can adjust its parameters to suit your needs. You will then be able to adapt your trading strategy depending on the market conditions.

First, we will see the main differences between 2 of the most used MA: Simple Moving Average and Exponential Moving Average. We will then talk about how to use MA as a filter, and as a support/resistance level. And lastly, we will describe how to use MA to enter/exit the market.

The Simple Moving Average (SMA) is the simplest form of MA. You need to add up the closing prices of last n periods, and you divide the result by n.

It’s not required to use the closing prices, but it’s the most popular way of computing an SMA. Let’s take the 20-Day SMA.

Add up the closing prices from the past 20 days, and divide the result by 20. In the above chart, you will notice that the 50 day SMA (in orange) is slower to react to price movements. Conversely, the 10 day SMA (in blue) more closely follows the price action. So, in a nutshell:

The shorter the time period, the more “accurately” it will follow price movements.

With the SMA the weight given to each new point in the data series is the same. This is one criterion that can sometimes be limiting. Moreover, volatility spikes can distort SMA.

Some traders think that the most recent values should have more weight, as they are more significant. To give more weight to recent data, traders can use Exponential Moving Averages.

If you compare the EMA (black line) to an SMA (orange line), you will notice that the EMA lags less. This is because there is more weight to recent prices, so the EMA is closer to prices than the SMA.

We can, therefore, say that the EMA is more accurate.

It is more accurate because it is more reactive to price changes and any new information available.You also know that prices can rapidly change in trading.It is then more important to see what most of the traders are doing right now, rather than what they were doing in the more distant past.

A word of caution:

The disadvantage of using EMA is that you can easily get faked out during consolidation movements. Indeed, the EMA will respond very quickly to price movements. You might think that there is a trend being formed, while it could only be a price spike.

Using an SMA on longer timeframes will help you visualize the overall trend and avoid getting into fake-outs. The downside is that the SMA will be smoother and slower to react to price changes. So, consequently, you might miss out on good entries to the market.

It’s hard to say which one is better, as most traders use them together.

An SMA to know what the trend is, and an EMA for timing their entry into the market. Let’s talk now about the strategies you can use with MA.

Remember the adage: “the trend is your friend”. To ensure you are not trading against the trend, you can look at the price position compared to the MA. If the price is above the MA, this is usually a bullish trend.

Conversely, if the price is below, this is likely a bearish trend. There is no point in using MA within a range, as they will not give you any relevant information. To confirm the current trend (as well as spotting turning points), some traders display more than 1 MA on their chart. They will use one “fast” and one “slow”.Let’s look back at the very 1st chart in this article.

Using Moving Averages As a Support And Resistance Levels

Displaying MA on a chart will also help you spot potential support and resistance levels during a trend. It also helps you anticipate changes in market participants’ psychology.
As an example, many traders will anticipate a bounce from major moving averages if prices are going down (bullish arrows). They will also expect prices to fall back after reaching a significant resistance level (bearish arrows). MA crossovers will help you identify points on the chart when the slow MA passes above or below the fast MA, and vice-versa. This signals that the current trend is about to change. You can then use those areas to select entry/exit points to open/close your trading positions.

You can see on the below chart, after the 1st crossover, the pair started to evolve in a strong upward movement. The crossover happened just after the formation of a figure called a double bottom.

It has the shape of a W, as you can see on the bottom left part of the chart. In Technical Analysis, a double bottom describes the drop of an asset, then a rebound, then another drop to approximately the same level as the original drop, to end with another rebound.

This chart pattern is a bullish pattern, signaling a reversal of the current bearish trend. Trading volume also helps to confirm the formation of such pattern, as it increased during the 2 rebounds. Using support and resistance levels, as well as other technical analysis tools, will help you to fine-tune your analysis. This will also help you in your money and risk management.

The Most-Used Settings For MA Crossovers

Imagine that you had opened a long position after the formation of the Gold Crossover.You would have looked at the former resistance level, as this is where you could have placed your take-profit.

You could have set your stop-loss at the level of the lowest point previously reached. Meaning, the support levels reached by the bearish movements of the double bottom.

You can also see in the chart that using a crossover trading system within a range doesn’t work well. It does work better in a volatile trading environment tough

The most-used settings for MA crossovers are the following:

The Smart Investor (this website) is an independent comparison service. The product offers that appear on this site are from companies from which this website may receives compensation. This compensation may impact how and where products appear on this site (including, for example, the order in which they appear). This website does not include all companies or all offers available in the marketplace. This website may use other proprietary factors to impact offer listings on the website such as consumer selection or the likelihood of the applicant’s credit approval. The Smart Investor does not and cannot guarantee that any information provided is complete and makes no representations or warranties in connection thereto, nor to the accuracy or applicability thereof.